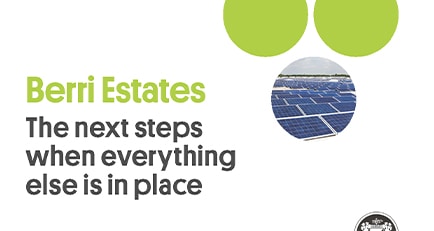 Berri Estates is one of Accolade Wines most significant sites within its Australian winery portfolio. Located just outside Glossop in rural north-eastern South Australia, it is considered to be Australia’s largest winery. A recently built $40 million bottling and warehouse facility has further increased production. 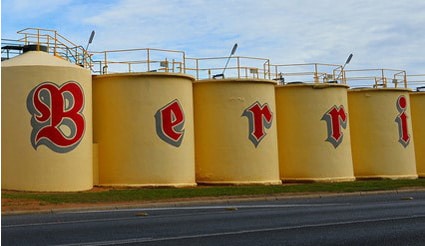 Given Berri Estate’s capacity, energy is a big focus. Despite the size, Berri encounters the same demand issues that many smaller wineries face including managing demand, Time-of-Use, and load balancing. Berri has taken a proactive approach to demand management and has already installed systems to manage peak and off-peak loads.

Berri Estates is one of the growing number of wineries that now use more off-peak than peak electricity, reducing electricity costs. 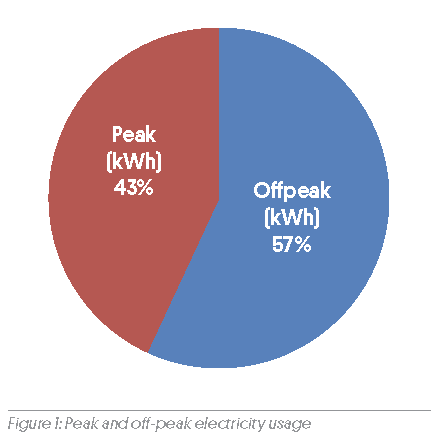 Berri is one of the few wineries with a ‘flat’ load throughout the vintage and non-vintage period (Figure 2). This means that demand is balanced throughout the day and max demand charges are reduced. 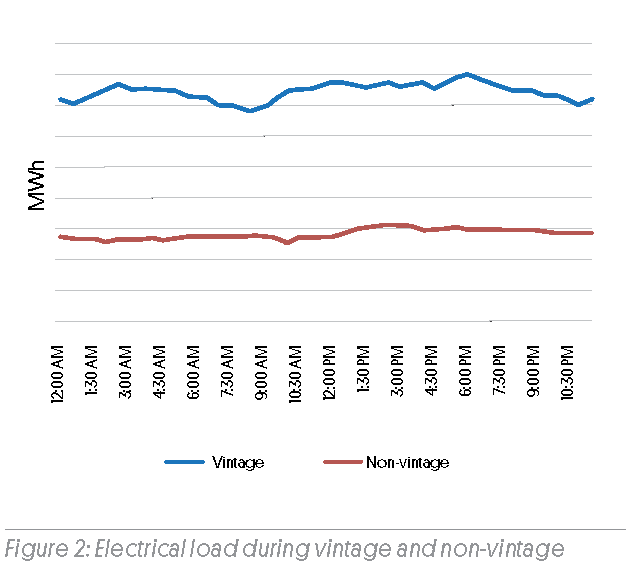 Berri is on the optimal demand tariff for its site and load shedding and shifting systems mean new maximum demand fees are not a concern.

Several years ago, Berri successfully completed a project to install power factor correction (PFC) units and ensure its internal power factor was at least 0.97. This has helped reduce ‘wasted’ energy throughout the winery and improve demand.

With the recent expansion, additional sub-metering was installed to manage various loads throughout their winery.

With these steps already in place, what should Berri do next?

In this case, Berri has done all they can on the demand side and are now evaluating energy supplementation.

Berri Estates participated in the Winery Energy Demand Management Program, funded by Green Industries South Australia (GISA) and managed by the South Australian Wine Industry Association (SAWIA) to engage energy experts 2XE to examine a range of energy supplementation projects including Solar PV, Co-Generation and Battery Storage Technology. All have the potential to decrease electricity demand, but which one to choose?

Berri’s Solar PV plans would decrease its daily energy use (between 5-7MWh per day), but not necessarily during peak demand periods.

Cogeneration or combined heating and power systems (CHP) use fuels such as gas to both generate electricity for the winery and heat for boilers. This system can use a variety of gas fuels and can run 24 hours. CHP is a better solution for managing demand, but at the expense of increased gas use. 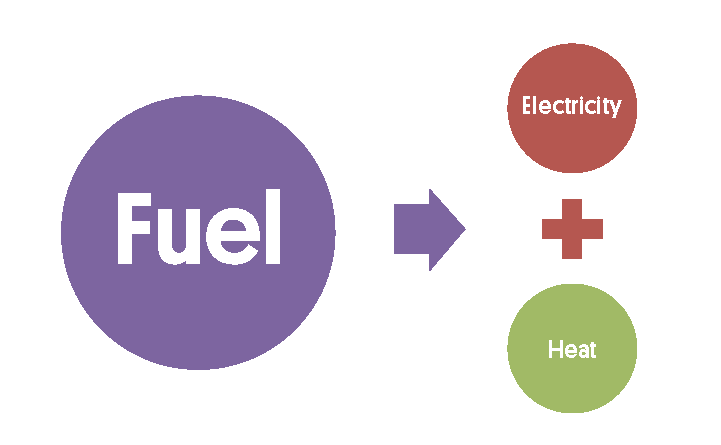 Battery technology can be used to energise the Winery during peak demand periods – essentially load shedding without needing to change processes - but this technology is still expensive.

Over the next 12 months, Berri will be examining a range of options to improve electricity costs and become more sustainable. This will be an interesting time for Berri Estates as they pursue projects to supplement energy use.

The next actions planned are to further investigate the business case for Solar, Cogeneration and Battery Storage.

The potential savings from the projects are:

Back to Case Studies
Back To Top