In 2009 South Australia lead the nation with a ban on lightweight, checkout-style plastic bags. The Northern Territory, ACT, Tasmanian and New South Wales Government governments are all introducing bans on these types of plastic bags. South Australian shoppers were quick to embrace the State’s plastic bag ban for the sake of the environment. Research undertaken by the Ehrenberg-Bass Institute for Marketing Science at UniSA showed that more than nine in 10 shoppers took reusable bags to do their shopping, compared to about six in ten before the ban took effect. The Institute tracked community attitudes and behaviours towards the bag ban since October 2008. You can also view the resources developed to support the introduction of South Australia's ban at byobags.com.au. 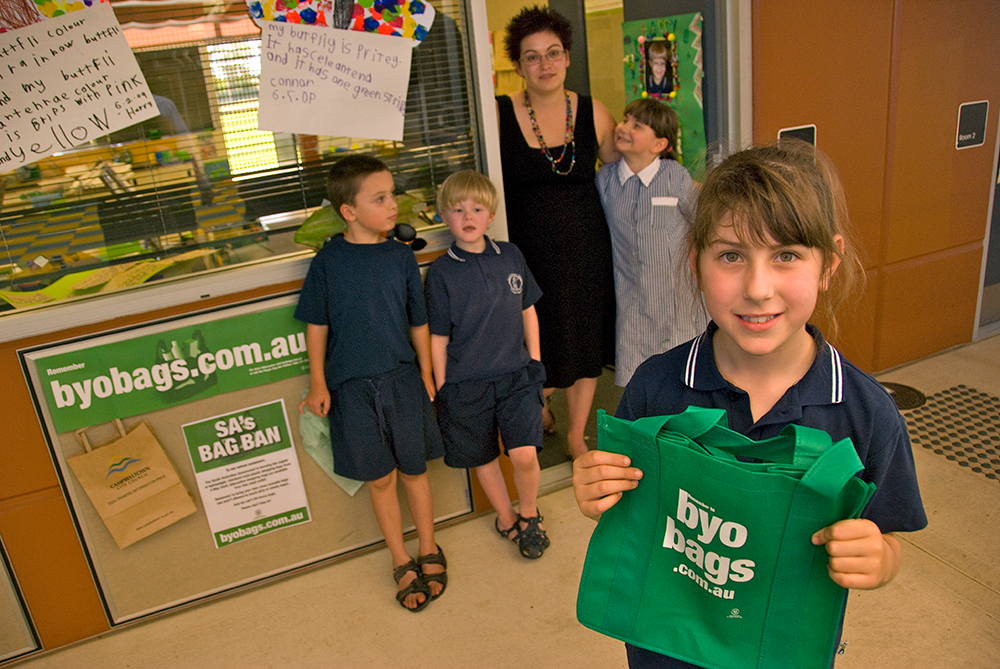