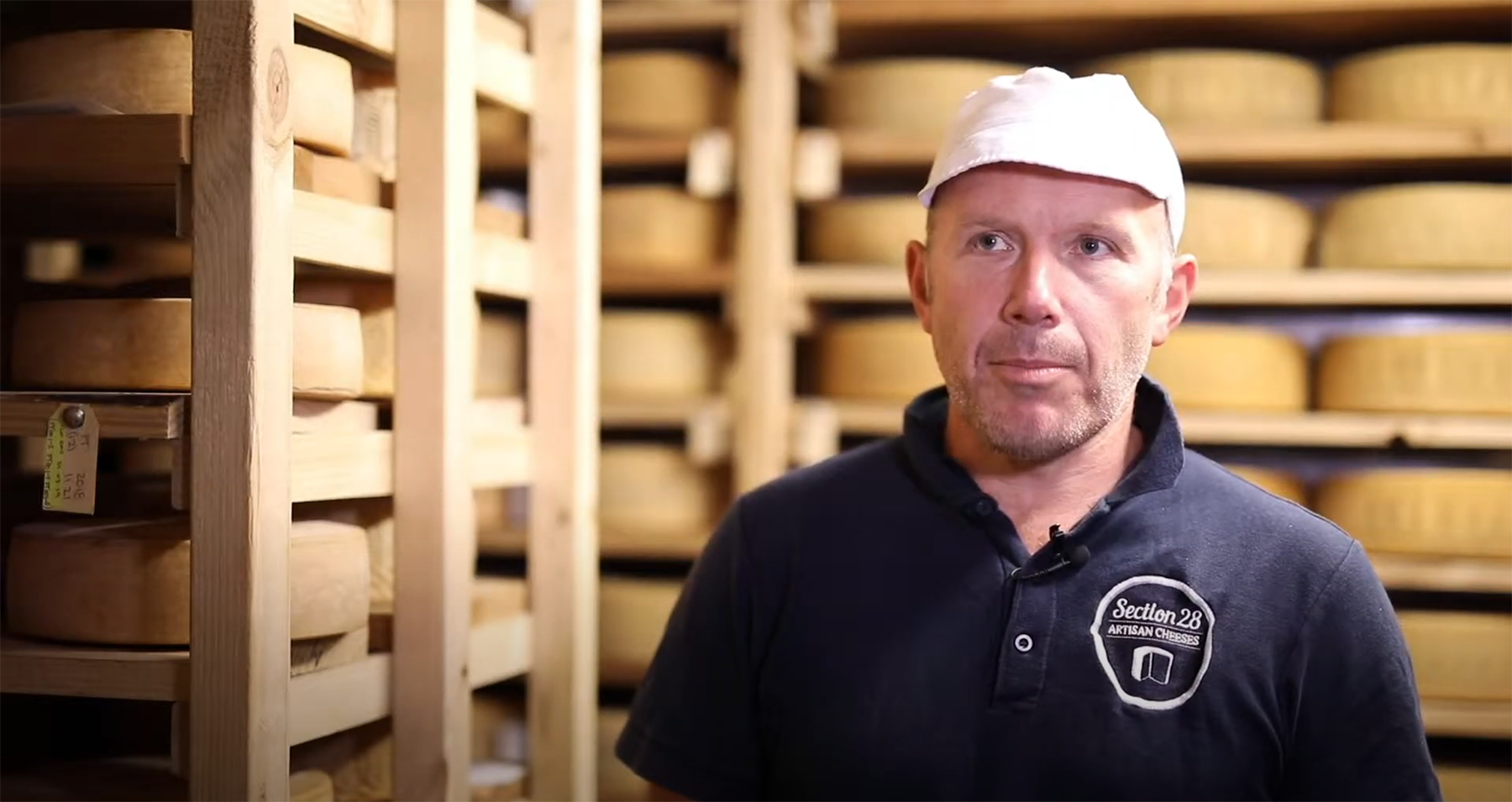 Specialist cheesemaker Section 28 is proof that small changes, if carefully planned, can make a big difference.

A $20,000 investment in a more efficient hot water system has halved its production time per batch, greatly increasing production capacity at its Adelaide Hills facility and allowed it to take on another full-time employee.

At the same time, it has developed a detailed strategy to ensure that future expansion (which will come sooner rather than later given the company’s growing sales and reputation) will be environmentally efficient and sustainable.

The link between the two components was support from Green Industries SA through its Business Sustainability Program, which allowed Section 28’s owners, Kym and Joanne Masters, to call in the experts.

“We needed some advice to pull a number of ideas and loose strings together and put them into a comprehensive expansion plan,” Kym said. “We really wanted professional help, but being a young business, we had no excess capital.

“Without the grant we wouldn’t have had the ability or the confidence to make the changes; certainly not the funds to bring in external eyes to help with the thinking and give us a reasonably innovative solution.”

The ability to consult with engineers brought immediate dividends. They showed Kym and Joanne how installing a more efficient hot water system and improving the advanced pre-heating of milk via heat exchange could make a huge difference – at around a fifth of the cost of other options they had been considering.

This removed a huge bottleneck in the production process. “The actual savings on running the system are not huge, but the economic and environmental benefits are there,” Kym said.

“The big benefit for us was that with our reasonably condensed footprint we were able to more than double our production capacity.

“So, it’s not a major cost saving in the traditional sense but there were some real business benefits that came as a result.”

“If we put this structure in place, there will be tangible environmental benefits and efficiencies that have been identified, and the cost of getting it right before expansion is materially less than trying to retrofit changes afterwards,” Kym said.

“From our perspective we thought it was fabulously forward looking of Green Industries to support both the short term capacity increase and also the expansion planning. We will end up being able to meet our core value of environmental sustainability all the way through the expansion process.”

There are three stages to the proposed expansion of the Section 28 facility.

The first will address the need for more temperature-controlled space for aging of cheese (known as affinage) through the commissioning of subterranean tunnels, which also will reduce refrigeration costs.

The second will create a purpose-built and export accredited production space above the tunnels, with the material flow optimised for process and energy efficiency. The third will allow the establishment of a cellar door to showcase the company’s cheeses and other Adelaide Hills produce.

Established in 2015, Section 28 is something of a pursuit of passion for Kym and Joanne. It specialises in Alpine-style cheeses – cooked and pressed curd cheeses – and raw milk cheeses.

“Around 80% of our sales are to white tablecloth restaurants on the eastern seaboard and we simply can’t afford not to be able to consistently deliver the quantities demanded those customers,” Kym said.

“We were a little bit hamstrung by our production constraints previously but now we can market ourselves with more confidence and start looking at product expansion.”

And the answer to the obvious question? Section 28 was the name of Kym’s family farm on Eyre Peninsula – which had nothing to do with the dairy industry.